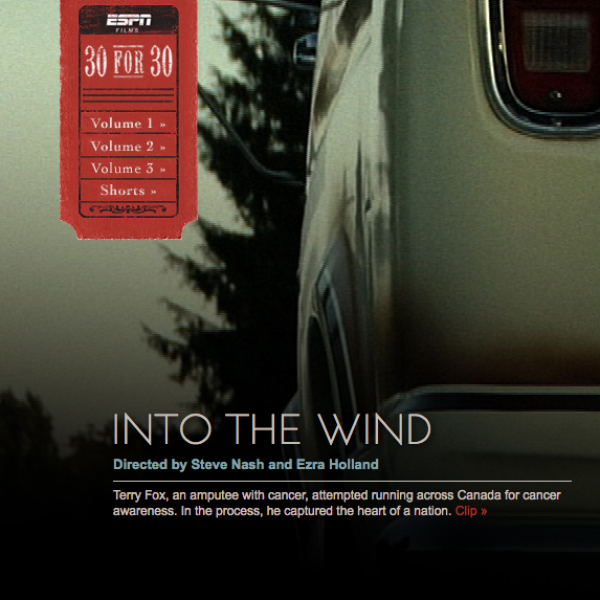 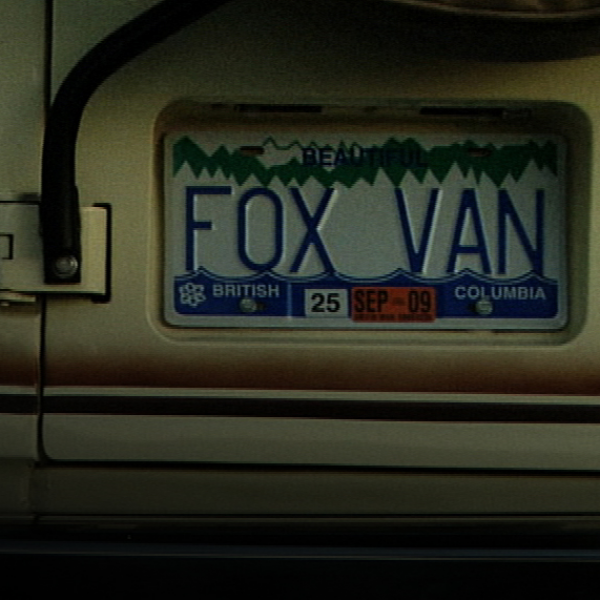 Into the Wind DVD

From ESPN Films, comes “Into the Wind,” by Steve Nash and Ezra Holland. From ESPN.com:

In 1980, Terry Fox continued his fight against bone cancer with the pursuit of a singular, motivating vision: to run across Canada. Three years after having his right leg amputated six inches above the knee after being diagnosed with osteosarcoma, Fox set out to cover more than a marathon's distance each day until he reached the shores of Victoria, British Columbia. Anonymous at the start of his journey, Fox steadily captured the heart of a nation with his Marathon of Hope. However the 21-year old BC native's goal was not fame, but to spread awareness and raise funds for cancer research. After 143 days and two-thirds of the way across Canada, with the eyes of a country watching, Fox's journey came to an abrupt end when newly discovered tumors took over his body. Two-time NBA MVP, proud Canadian, and first-time filmmaker Steve Nash will share Fox's incredible story of perseverance and hope.

“I remember being a six-year-old boy and waking up every morning and rushing to the TV to see where Terry was that day. To see him running or hobbling across our country for the spirit of community and looking out for others was something that has stuck with me ever since. To see his face hiding the pain and to hear his words disguising the sacrifice was as motivating and as educational an experience as I've ever had. To be able to tell this story again, to Americans who love an underdog and a story of overcoming and struggle, is something any new filmmaker would love.” – Steve Nash