Showdown proved (mostly) sunny again for us (one thing we love about Showdown?  When it rains, no one leaves!), as we brought our 11th match to the Lower East Side on June 20, 2018, teaming up for the first time with B/R Football in one to remember.

Kicking off in front of thousands of roaring fans packed on the pitch and along the entire Park perimeter, the B/R Football x Steve Nash Foundation Showdown presented by MINI fielded some of the match’s most talented rosters in Showdown’s history, all in support of our work for underserved kids.  The match opened with Panini’s presentation of the Spirit of Showdown award to a surprised and honored Steve Nash, who’s image was featured on a giant, custom playing card recording his career assists . . . to kids.  Highlights include TJ McConnell, who hadn’t played since the 8th grade, with the first assist of the game in the initial five minutes; Asmir Begović blocking everything in sight during the second half; and the phenomenal play of Giuseppe Rossi, a perennial fan-favorite making his return after last year’s rare absence.

“It was an incredible day,” Nash said. “We had world-renowned athletes taking time out of their schedules, traveling in from – literally – all over the world to support the work we’re doing to assist underserved kids, our volunteers were wonderful, the neighborhood was as supportive as ever. Bleacher Report’s role this year added unbelievable access for fans around the globe to take part in our event and get to be part of the day.”

Prior to the match, the New York Red Bulls delivered a youth soccer clinic attended by athletes and youth from Street Soccer USA. Street Soccer USA is national non-profit headquartered in New York and San Francisco harnessing the power of the world’s game to create a more level playing field for all.  The kids were welcomed to Showdown with a front row view of the action.  At the same time as the Clinic, Showdown’s Fan Fest opened to guests with exciting innovative and interactive fan opportunities presented by sponsors throughout the evening – Panini with sticker books and trading cards that delighted young and old, Upper 90 with customization for Showdown apparel, and NYCFC and NYRB engaging fans with on-site activations to challenge us all.

Goals were scored by Davies, Rossi, Nash, McKennie, De Rosario, Weah and Kalou, who scored the last thriller in the final 30 seconds of the game. The final outcome showed 5 to 4, with Team White taking home the victory.

Following the game, players joined with one another for a team dinner hosted by the Penny Farthing, followed by an intimate After Hours party at Cipriani Club 55, hosted by Guinness and Guinness USA.

Follow on Twitter & Instagram @SteveNashFdn with #ShowdownNY, or visit SteveNash.org/Showdown for photos, recaps, more information, and merchandise on sale now!  Hope to see you next year!

Bleacher Report is the premier digital destination for millennial sports fans creating and collaborating on the culture of sports for the next generation of fans. Its vision for making sports bigger than games has led to unmatched engagement on social media, where it consistently ranks as a top publisher on each platform. Bleacher Report also provides an industry-leading fan experience on mobile devices through Bleacher Report, the top-rated smartphone and tablet app. Find Bleacher Report at www.bleacherreport.com and on Instagram @BleacherReport. Bleacher Report is a division of Turner Sports.

About the Steve Nash Foundation

The Steve Nash Foundation is a US 501(c)(3) organization and registered Canadian charity dedicated to assisting underserved children in their health, personal development, education and enjoyment of life.  Learn more at stevenash.org. 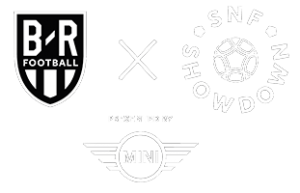