This was a new one!  Steve flew into NYC on the redeye early Tuesday morning to be at the annual Phebe’s Golf Outing to benefit the Foundation (thank you to everyone who participated and raised over $50,000 for the Foundation’s programs and services for children and families!) . . . and, when it looked as if his newest family member might be on her way, jetted out of NYC at 5am Wednesday to beat the thunderstorms and be back in California for some very special family time!  Two red-eyes in less than 24 hours . . . .  All worth it – welcome to the world, Baby Ruby!  May you grow up in a peaceful world.

Even though we went down a fella early, every other scheduled player arrived right on time, excited to be there to support Steve and kick for a great cause!  We met in our Players Lounge, mixing NBA giants and soccer favorites with gamer mavens like Mike LaBelle (who won??).  The players signed in, enjoyed delicious eats courtesy of the Gem Saloon, Phebe’s Tavern and Halo Top Creamery, and hydrated with Gatorade and tabl’eau filtered water.  We loved their excitement in seeing our new kits, courtesy of Nike (hello, Tiempo!), and new-to-Showdown sponsor Legends.  The LA-based company’s gear was an instant favorite with the athletes and volunteers, from their shorts, socks, and cozy shirts to their customized jerseys.

We were honored to have some new additions to our Showdown family: Anthony Borges, the highschool soccer player who bravely intervened in the Parkland school shooting at Marjory Stoneman Douglas High School in February 2018 joined us in NYC this week with his wonderful family.  Bleacher Report did a touching piece on Anthony this year, and we were incredibly impressed by his poise, strength, and generosity of spirit.

Another Showdown rookie, Giovanni Reyna, was new to our match, but not to the field: Gio, son of former USMNT and current NYCFC Soccer Director Claudio Reyna, made his Showdown debut in 2009 . . . at age 6.  Back then, Giovanni delighted players like Thierry Henry on the sidelines with his brother, watching their dad light up the pitch as a Showdown captain.  To have his mom Danielle and him back with us this year, grown up and so talented, was truly heartwarming.

At the same time, our FanFest was rolling on Forsyth Street, with t-shirt and jersey customizations from Upper 90, voter registration with RISE to Vote, ice cream from Halo Top, hydration from tabl’eau‘s filtered water station (thank you, Brooklyn Nets, for the water bottles!), and incredible activations from the New York Knicks, New York’s favorite Major League Soccer clubs, New York Red Bulls and New York City Football Club, the latter of which hosted an on-field clinic for kids ages 9-15 from Street Soccer USA.  While the rain kept them cooled off in the summer heat, they warmed up the field for our pros arrivals!

When it was time to head to the field in our annual motley parade, Stu Holden carried the mantle beautifully (including a spot-on Steve impersonation), and the rain held to a drizzle.  As the players approached FanFest, NY Red Bulls freestylers were wowing the crowd, followed by renown freestylers DanielGotHits, Frankie NYC and Jamie Shawyer, and a hero-worthy welcome for Anthony Borges.  Then, after 76’ers small forward Tobias Harris presented the game ball to Stu Holden, who made a very special announcement . . . kick off!

With hundreds packed onto the sidelines of our tiny pitch, and thousands more watching from the sidewalks and basketball court, Bleacher Report’s Adam Lefkoe and MLS standout Calen Carr emcee’d a heck of a competition, with live color commentary of the teams trading goals and leads and the fans oohing and aahing at every kick.  While the sky did its best to hold off, goals rained down courtesy of Stu, Simone, Kyle, Charlie (5!), Jack, Gio, Giuseppe, Christian, and Larry Hattrick Nance, Jr.,  Showdown’s “self-proclaimed runner-up MVP.”  No wonder not one fan left when it (momentarily) started to rain. . . this game never fails to entertain.

When we paused for halftime, Stu joined Calen Carr at center pitch for the presentation of our Spirit of Showdown Award, always a special moment in the match.  This year’s recipient, a US Men’s National Team standout since his debut at the 2008 Olympics, powered through an impressive international career (including a goal at the famed Estadio Azteca), and fought back to strength after a devastating car accident nearly took his life.  His subsequent MLS career endeared him to fans at DC United, New England Revolution, and Philadelphia Union, through a cancer diagnosis and – we’re very thankful – remission.  Since retiring from professional soccer last year to focus on his family (including some pretty adorable twin boys), he’s made impressive strides off the pitch, using his burgeoning broadcast career to complement his charity work and highlighting a unique ability to impact fans of the beautiful game with stories of community, dedication and humanity.  We are so proud to have had him return to the Showdown pitch, and to call him a friend – congratulations, Charlie Davies!

The second half was no less entertaining than the first, with an appearance by now new Knick RJ Barrett, and some high antics from Joel and co.  At the whistle, Team Black had it 12-9, due in large part to Coach Mudiay’s sincere dedication to bringing it home for dad-to-be Steve and Mike Quarino’s excellent stops (and at least in some part to Larry’s goal celebrations).  After the match, Adam and Calen took center pitch to present the Most Valuable Player Award to Showdown returnee Luol Deng, who lead the pack with five assists and two pretty goals (if you haven’t already, give yourself the gift of his post on the honor).

Follow on Twitter & Instagram @SteveNashFdn with #ShowdownNY, or visit SteveNash.org/Showdown for photos, recaps, more information, and merchandise on sale now!  Hope to see you next year!

Bleacher Report is the premier digital destination for millennial sports fans creating and collaborating on the culture of sports for the next generation of fans. Its vision for making sports bigger than games has led to unmatched engagement on social media, where it consistently ranks as a top publisher on each platform. Bleacher Report also provides an industry-leading fan experience on mobile devices through Bleacher Report, the top-rated smartphone and tablet app. Find Bleacher Report at www.bleacherreport.com and on Instagram @BleacherReport. Bleacher Report is a division of Turner Sports.

About the Steve Nash Foundation

The Steve Nash Foundation is a US 501(c)(3) organization and registered Canadian charity dedicated to assisting underserved children in their health, personal development, education and enjoyment of life.  Learn more at stevenash.org. 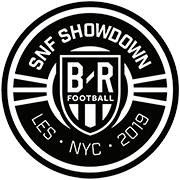 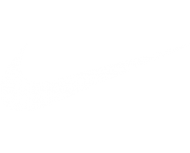 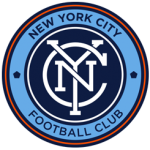 with great support from our friends at