Created as an NBA Player Development initiative, the Starting Five┬Āis aimed at developing understanding of the science of child development.┬Ā The program empowers NBA players to harness the power of their words and actions to build childrenŌĆÖs brains, providing hands-on guidance and learning opportunities to leverage that training and influence how dads worldwide foster brain development in their kids.

Bringing that science to dads in the community,┬ĀLet’s Talk Dads provides weekly, small group classes in infant and toddler neurodevelopment for fathers.┬Ā Together, dads learn about brain science, as well as how to be what Steve describes as ŌĆ£our childrenŌĆÖs personal neuro-developer,ŌĆØ with practical, easy tools for best practices when they’re with their kids.

Did you know that babies as young as just eight weeks old can tell their mothers from their fathers, and their brains and bodies respond to each differently?┬Ā

Dads play an important role in their children’s development, right from the start: studies have found that, even at two months old, babies whose dads played bigger roles in changing, bathing, feeding, and other day-to-day activities related to their children’s care, were more socially responsive than babies whose dads didn’t participate as much.┬Ā And at six months old, higher levels of involvement with dads correlated to higher developmental scores.┬Ā By two years old, these babies also showed more resiliency when confronted by stressors.┬Ā Premature babies have also been shown to benefit greatly from their dads’ involvement, with positive effects on weight gain and other risk factors.

Moms and dads can both contribute to building their babies’ brains.

In the first years of life, more new neural connections are formed than at any other time in our development – more than 1 million every second!┬Ā Both moms and dads can assist in fostering this growth.┬Ā And the best part?┬Ā It’s easy.┬Ā Dr. Dana Suskind, Co-Founder and Director of the TMW Center, calls her method for stimulating neurodevelopment by enhancing a child’s home language environment “the 3Ts:“ your tools for building your child’s brain.

The 3Ts are your tools to build your childŌĆÖs brain: 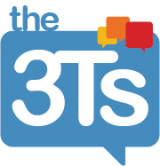 Tune In ŌĆō be in the moment with your child.

Talk More ŌĆō look for opportunities to talk and interact with your child.

“How empowering the realization that each of us can be our childrenŌĆÖs personal neuro-developer, that the sheer quality of our interactions can impact the attitude of inquiry and health of our kids. The practical application is limitless; as a dad, and as someone invested in early child development, IŌĆÖm excited to see how far it takes us.”┬Ā ~ Steve Nash

WeŌĆÖre excited at the enormous potential to change the way children experience their first years of life and learning through the enhanced level of dads fostered by these new, innovative platforms.┬Ā And, while weŌĆÖre starting with dads, the Let’s Talk Dads and Starting Five curriculums will be applied to other realms.┬Ā Follow along with us as we grow, and look for opportunities to connect with us in your community: taking time to put the 3Ts in action in your own life will make a world of difference!

Join us in building early learners that will grow into tomorrow’s leaders : your support helps us spread the word and impact more communities.